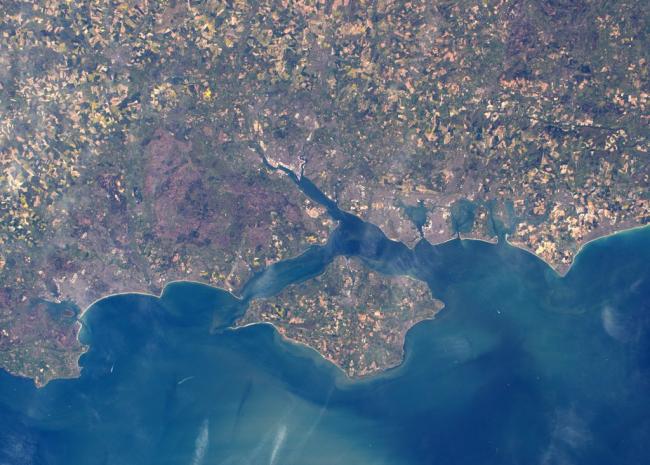 Astronaut Tim Peake has shown what an incredible view he has of Hampshire from space. The UK’s first astronaut on the space station has sent an amazing picture of the south coast from space.

Major Peake arrived on the International Space Station aboard a Russian Soyuz rocket in December and will come back to Earth on a similar craft in June this year.

The 44-year-old father of two, who was raised in Chichester, tweeted yesterday: “A sunny UK south coast today – where I grew up (not that I really ever grew up!)”.

The cloudless view clearly shows Hampshire, Dorset and Sussex. In Southampton, the Common, Western and Eastern Docks and River Itchen can clearly be seen as can the New Forest.

When Major Peake first joined the crew of the station, his father said he wasn’t worried about the daring feat, as his son has to deal with the M27 each morning.