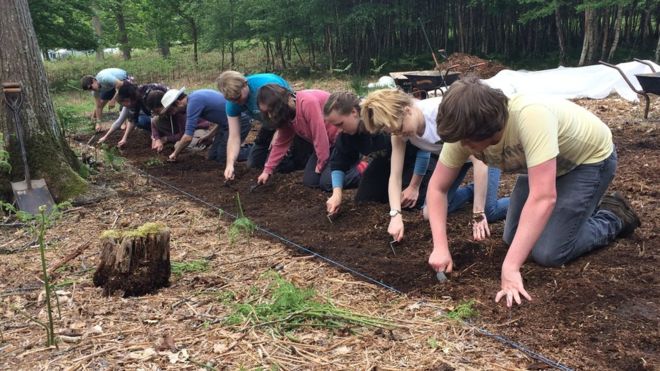 Archaeologists have been excavating the site of a medieval forester’s lodge to learn about the New Forest’s royal hunting ground history.
The site at Denny Inclosure, east of Lyndhurst, is a protected monument.

Researchers are trying to find out if it was one of a number of foresters’ lodges converted in the 14th century for King Edward III’s hunting trips.
The University of Winchester and New Forest National Park Authority hope to date the lodge and others in the park.

National park archaeologist Frank Green said the last excavation of a similar site was 100 years ago.
He said: “Modern scientific dating techniques and the ability to recover information about the site’s use can now provide us with a much better understanding, and the potential for more accurate dating, of the site.

“We hope this will lead to similar work on other lodge sites as part of a much larger project that will expand our knowledge of potential royal hunting sites from the medieval period.”
The dig forms part of a wider project covering a number of related sites over the next few years.