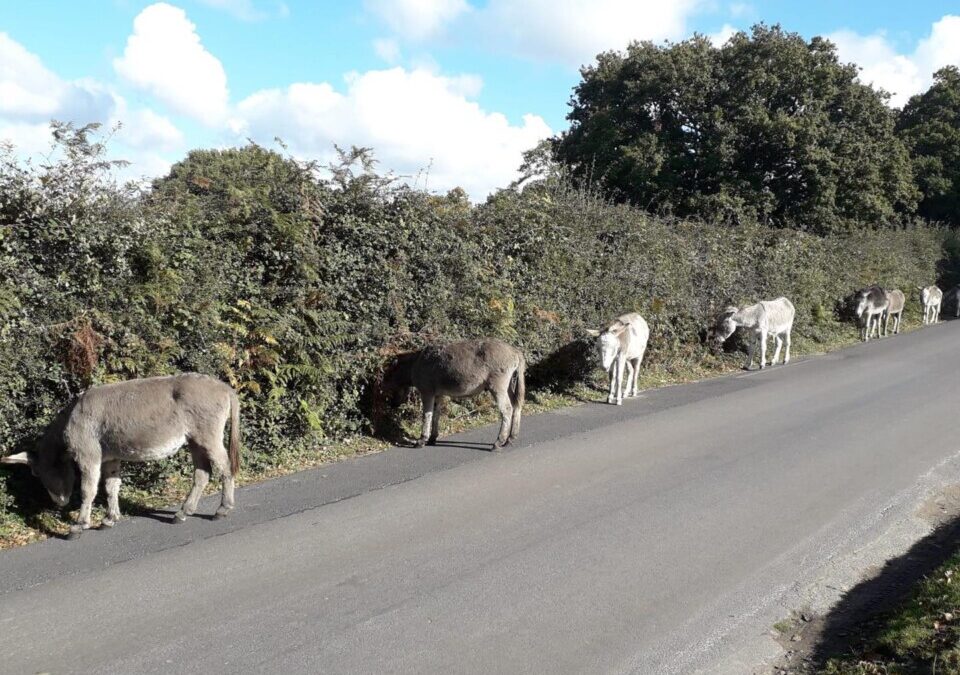 Forest organisations are reminding drivers in the New Forest that animals are on the roads day and night, following the death of three donkeys on the B3078 Cadnam to Godshill road.

After driving over the cattle grids drivers will encounter animals on or crossing the roads and on the sides of the roads.

Commoner Gilly Jones, of New Forest Roads Awareness and Speed Watch volunteer, said: ‘There is a blanket 40mph speed limit with 30mph in the villages. However, a speed limit is the maximum speed vehicles should be travelling at and, it is not necessarily a safe speed.

‘The loss of any animal impacts many people – the commoner who has lost their animal, the Agister and police who have to attend incidents, and the driver and witnesses.’

At this time of the year when daylight is limited and weather conditions vary, drivers should take extra care and adjust their speed. It is important to be aware visibility can be very poor and that other vehicles’ headlights may impede your view of the road ahead.

He said: ‘Although the long-term trend of animal accidents is downwards, the death of any animal is a great loss to the Forest and to its owner. For three donkeys to lose their lives together like this is truly shocking. We appeal to drivers to please slow down on the unfenced roads of the New Forest. The Commoners’ animals are out all year round, day and night, and you should expect them to be on the roads or to step out without warning.’

You are legally obliged to report all accidents involving a pony, cow, donkey, pig or sheep to the Police as soon as possible, and within 24hrs at the latest. Call the Police on 999 (for an emergency) or 101 (non-emergency).

Hampshire Police are constantly doing Police speed checks either with radar guns or the Police camera van part funded by the Verderers of the New Forest.

All agencies are working hard to raise awareness of the risks when driving across the New Forest and want to educate all road users of the dangers.

Find out more about the initiatives taking place at www.newforestnpa.gov.uk/animalaccidents.

Help offset your carbon footprint by donating £2 to Ringwood Actions for Climate Emergency.