THE STORY OF THE COMMON CENTUARY 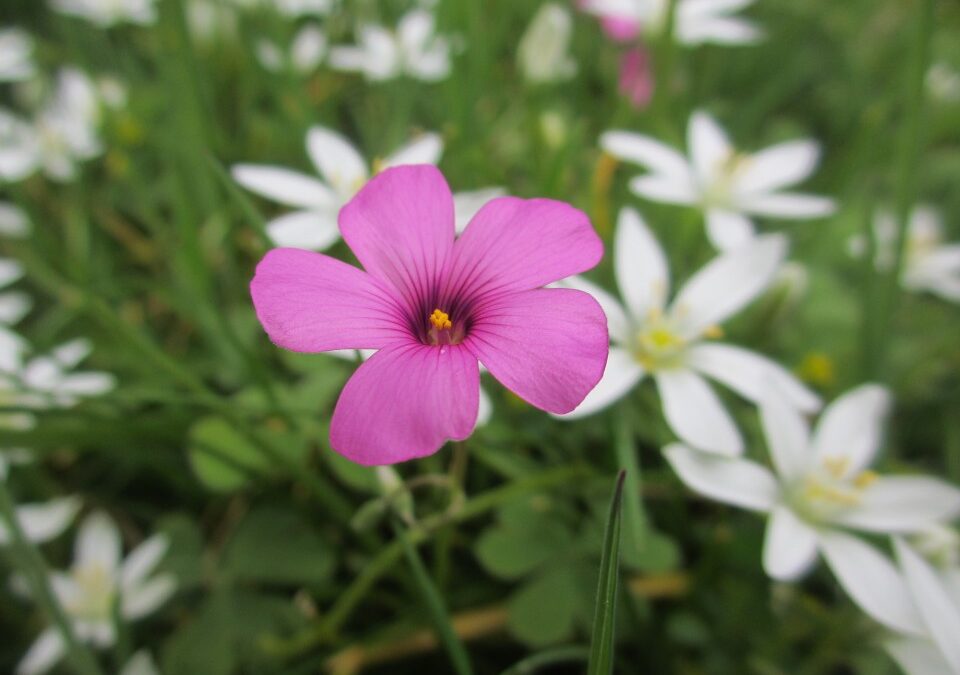 My children recently took this charming picture of these flowers in their Great Uncle’s wild garden. He lives a mile away from The Red Shoot Camping Park down Tom’s Lane and his garden is a haven for all things wild; he regularly sees the local heard of red deer grazing contentedly on his lawn. I think the white flowers are Wood Anenomes but I had to resort to my wild flower book to identify this delightful pink, five petalled beauty and in doing so, I found out some interesting facts about it.

According to the Roman writer Pliny the Elder, common centaury was named after the centaur Chiron. This creature, part man and part horse, is said to have used the plant to cure himself of a wound inflicted by the nine-headed serpent Hydra.

Nicholas Culpeper, like many other herbalists, remarked on the efficacy of common centaury against wounds of all kinds, to kill worms, to treat dropsy, as a sedative and to treat snakebites – it even, he claimed, removed freckles and facial blemishes! He concluded that this bitter herb was ‘very wholesome but not very toothsome’. Interestingly, it once was known as Bitterwort due to its very bitter taste and is apparently used in vermouths and other alcoholic aperitifs.

Traditionally used for disorders of the upper digestive tract such as heartburn and indigestion, it was also used as a tonic for liver and gall bladder complaints and to treat fevers, hence it’s other name, Feverwort.

So, if any of you are the adventurous types out there, I have found a recipe using dried centaury to make a remedy to settle the stomach.

Do let me know if you try it!