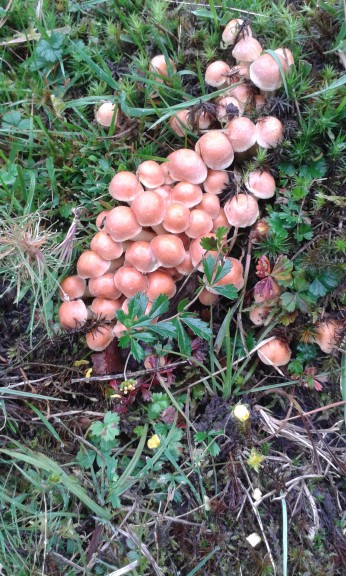 WOODLAND bosses have today announced that all mushroom picking in the New Forest has been banned in a bid to protect the fragile eco-system. No-one will be allowed to take fungi from the area under a new policy imposed by the Forestry Commission, which is anxious to prevent parts of the district being stripped bare every autumn.

Commercial mushroom picking in the Forest – a Site of Special Scientific Interest (SSSI) – has been outlawed for several years. Now the Forestry Commission has also scrapped a rule that allowed people to collect a small amount of fungi for their own use. The move follows increasing concern over the huge number of mushrooms being taken from the Forest, mainly by commercial pickers determined to flout the regulations. The new “no picking” rule aims to save this year’s crop, with commission bosses vowing to take action against anyone who persistently ignores the ban.

A Commission spokesman said: “There has been an increasing trend for foraging in recent years and this puts additional pressures on areas such as the New Forest. Due to the growing concern from conservation bodies and very real fears expressed by members of the local community, the Forestry Commission is no longer permitting picking on any scale.”
The ban has the support of other key organisations in the area, including the National Park Authority (NPA) and the New Forest Association.

Oliver Crosthwaite-Eyre, chairman of the NPA, said: “We fully support the Forestry Commission’s decision to stop fungi picking from the land they manage in the New Forest. This is an important and decisive move because the New Forest SSSI is a stronghold for many rare and endangered species of fungi. Leaving fungi unpicked means they continue to contribute to the Forest’s fragile eco-system and web of life, ensuring the spectacle they provide can be appreciated by everyone.”

The National Trust has already banned all mushroom picking on its land in the Forest.

//* Accordian close by default
We use cookies to ensure that we give you the best experience on our website. If you continue to use this site we will assume that you are happy with it.OK