A traditional Christmas in the New Forest 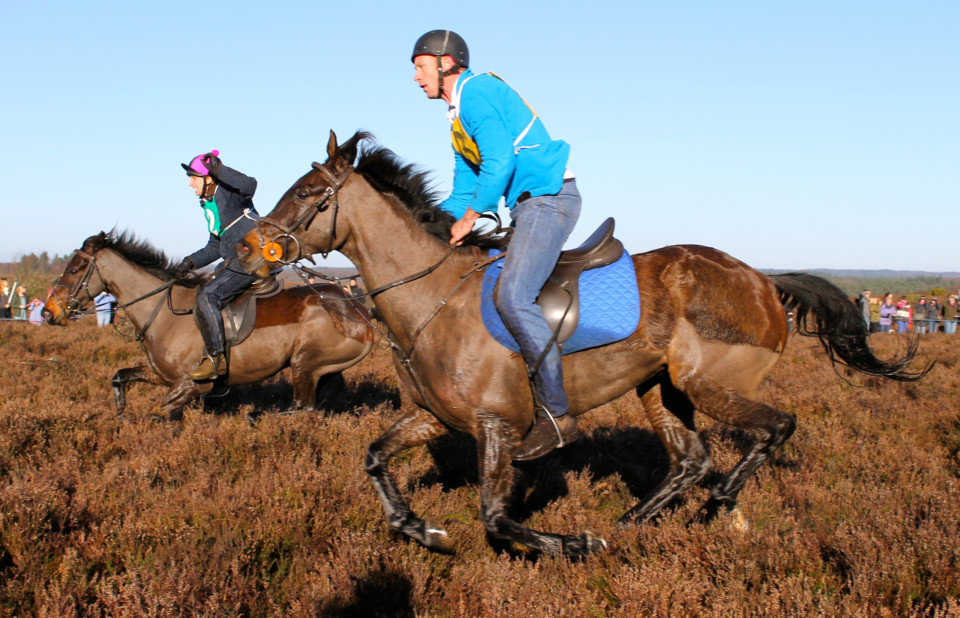 Christmas in the New Forest is a time for merry community gatherings and celebrations. Pubs buzz with the throng of locals and visitors alike enjoying crackling open fires, mulled wine and visiting carol singers, families take outings to local pantomimes, children participate in nativity plays at school and churches have candlelit carol services.  There are however, some less well known Yuletide customs observed, many of which date back hundreds of years, which are particular to the New Forest.

Holly gathering is just one of those customs. Traditionally, the middle of November was when the gypsies could start to pick the holly to make into wreaths, sell at local markets and transport to London. The men would arrive in Linwood in groups with their horses and carts, cut the holly, bundle it up and store it until the first week of December when they would put it on the train to London. One of them would accompany the holly and remain in London to sell it whilst the others continued cutting, regularly sending it up on the train to satisfy the city dwellers demand. Not much has changed since those days except that motorised vehicles are now used instead of horses and carts.

In the New Forest in times past, traditional Mummers plays were performed at Christmas. The folk tradition of ‘Mumming’ predates Christianity and was popular all over Britain until WWI. Forest villages would welcome bands of roving players, often local farmers, villagers and tradesmen, dressed in rag costumes called ‘tatters’ who would play out folk dramas or morality plays often featuring Father Christmas or St George. In 1924 Dr Jones-Evans described the arrival of a troupe of Mummers at the Royal Oak. He tells how, “when the pub had filled with customers, full of the goodwill of the season, the Mummers arrived from East Boldre in a horse-drawn covered cart. Dressed in garish costumes made from coloured crepe paper that concealed their ordinary attire, and with blackened faces, they trooped into the crowded bar-parlour to the strains of The First Noel.”

Other New Forest dwellers carried out different Christmas traditions. On St Thomas’ Day (21st December, the longest night of the year) the poor women of the community would ‘go gooding’ and sing carols to raise money to supplement their incomes. Whereas groups of boys would go ‘tipeering’ and visit the homes of the gentry, tradespeople and middle classes to sing for tips or they would perform outside the ‘publics’, which included Inns and hotels. Often they were given beer and spirits rather than money and would get quite drunk. One overseas commentator in December 1896 remarked; ‘This sounds rather shocking, especially as the boys were hardly more than eight or ten years old; but the drinking habit is so common in England that such an occurrence excites comparatively little comment.’

By far the most unusual and most riotous custom observed during the festive season on the New Forest was the traditional squirrel hunt, which was held on Boxing Day. Large groups of men and boys, armed with leaded sticks called ‘scales’, ‘squolyles’ or ‘snogs’, went out on the Forest to hunt for red squirrels which, in the 1800’s, were still in abundance. Observers felt that these excursions were an excuse to flout the absence of the game laws on Christmas/Boxing Day. The frustrations of the hunters, if they were unable to find their prey, were often taken out on each other and many forays ended in brawls. Nevertheless at the end of the day the hunters always finished up in an alehouse where they enjoyed great suppers of ‘squirrel pie’.

Today the traditional Boxing Day activity on the New Forest is the annual Point-to-Point.  In most parts of the country a Point-to-Point is just a horse race but not in the New Forest.  Here riders are allowed to choose their own course across the open forest, between the start and finish point. The location of the finishing point is made public a fortnight before the race, but the starting point is kept a closely guarded secret until the actual day of the race. The competitors arrive at a designated meeting place, all are weighed-in and the starter then leads them through the Forest to the official race start.  Some riders may have no idea where they are when the race begins and it is not uncommon for competitors to set off in different directions!  It is the perfect event for demonstrating the all-round capabilities of the New Forest pony and a good opportunity for catching up with friends.

So if you do happen to visit the New Forest over the festive season, don’t be alarmed if you come across groups of marauding men and boys chasing squirrels, villagers dressed in strange costumes with blackened faces or people on horse-back racing hell for leather across the open forest, it’s all perfectly normal here!  Merry Christmas to you all!